I’m a Jack of all trades, with a passion for reading, writing, and all things Fantasy Fiction. I moonlight as a devoted father and husband, which translates in to running after a 4-year-old boy and a 6-year-old teenage daughter and running a bunch of random errands for my wife. In my own mind, I’m the boss, but I really just play one on TV.

As a lifelong fantasy fanatatic, I read and listen to well over 200 books a year, and thought I’d share my thoughts on what I’ve been reading. With any luck, you’ll read it, think it sounds like it might be for you, and go out and get a copy for yourself, helping an author and giving them incentive to write more of what you like.

James is a South African born writer with an American accent, because children are cruel and laughed at the way he said “orange.”

At some point someone said, “Hey, James, read this fantasy novel.” He did, and still hasn’t managed to crawl out of that rabbit hole, though he has found others to fall into.

He lives in Utah with a dog and a growing collection of porch cats.

Shona Kinsella is the author of the epic fantasy Vessel of KalaDene series, illustrated epic serial Miranya’s Oath and dark fantasy novella Petra MacDonald and the Queen of the Fae. She is also joint editor of the British Fantasy Society’s publication, BFS Horizons. She lives in Scotland with her husband and three children. 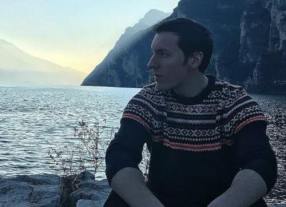 James Wolanyk is the author of the Scribe Cycle and a teacher from Boston. He holds a B.A. in Creative Writing from the University of Massachusetts, where his writing has appeared in its quarterly publication and The Electric Pulp. After studying fiction, he pursued educational work in the Czech Republic, Taiwan, and Latvia. Outside of writing, he enjoys history, philosophy, and boxing. His post-apocalyptic novel, Grid, was released in 2015. He currently resides in Riga, Latvia as an English teacher. Visit him online at jameswolanykfiction.wordpress.com

Michael R. Baker studied history at University of Sunderland, and at last he found a use for his degree. The idea for Counterbalance came off the back of an exhausting bus journey, ironically starting an even longer voyage into writing and publishing fantasy. Alongside his passion for storytelling and worldbuilding, Michael is an avid video gamer and cartographer, bringing his fantasy world and others from the mind onto paper reality. The Thousand Scars is Michael’s debut novel, and the first of the epic fantasy series.

Ulff Lehmann has spent quite a while waiting on his Midlife Crisis, and decided he won’t go there. For the past two decades he has been developing the stories he is now publishing. Born and bred in Germany, Ulff chose to write in English when he realized he had spent most of his adult life reading English instead of his mother tongue, and brings with him the oftentimes Grimm outlook of his country’s fairytales to his stories. A wordsmith with a poet’s heart, Ulff’s goal is to create a world filled with believable people. According to his friends, his place is utter chaos and filled to the brim with books, CDs, and DVDs. In an earlier part of his life, Ulff turned his love for music outward, singing in two bands. Nowadays the only singing he does is in concert with his shower, and it thinks his voice is still acceptable. His passion for movies led him to begin Movie and TV studies at university, begin being the operative word. He didn’t finish. Instead life pulled him this way and that until he finally understood he was a storyteller.

With too many books that to talk about and not enough people in real life to talk about them with, I joined the online SFF book community three years ago and it has been one of the best and most exciting things I have ever done. I live with my family in Texas and continue to host the SFF book review podcast Book Geeks Uncompromised where we are frequently joined by incredibly talented authors to talk about their work.